I felt very lucky to be allowed inside All Saints Church, Dogmersfield, since the World has been closed for so many months. It was quite a moment and made my day.

I simply hadn’t thought much about going into places of late, so my plans were to take some shots of just the church exteriors I visited. I have become so used to this as being the way things are now. I also respect the people who maintain these beautiful places, many of them tend to be older folks. Not always the case I know and it is good to see younger people volunteering at churches more often. I entered the church with my mask on of course which fogged up my glasses!

All Saints was consecrated on the 5th October 1843 and designed by architect Benjamin Ferrey. However it wasn’t the first church, as I later found out

“Sir Henry Paulet St John-Mildmay, who took the name of Mildmay on his marriage to the heiress Jane Mildmay, continued the work of landscaping the Park making Tundry Green into a pond and building a church adjacent to Flood’s Farm in 1804 to replace the Norman church which had been unfit for use for three years. This new church, however, must have been badly built as it was in constant need of repair. Church accounts at this time record money paid to village workmen for repair of windows, doors, pews and bell ropes. Three shillings and sixpence (17.5p) was spent each year for brushes mops and brooms, bought at the new shop opened by Thomas Goatley at Pilcot House. The church income was supplemented by eight shillings (40p) a year for the church plate, which was on permanent loan to Sir Henry.” - A Church Near You 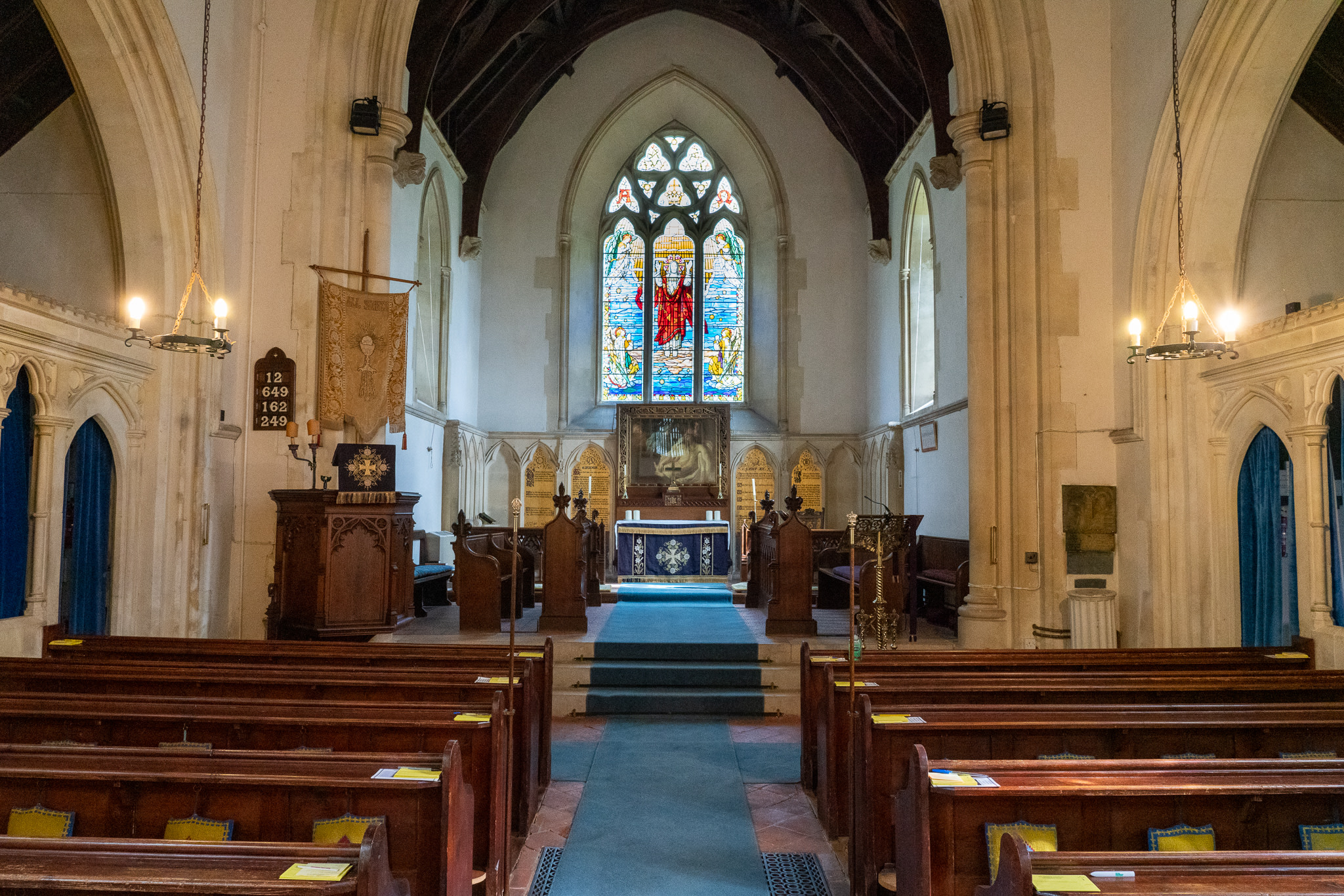 It is a light airy church inside but since I use auto ISO, this exposure was 8000, ideal for handheld photos of course! The stained glass window at the end was overexposed, so I needed to use some brushes in Lightroom to select an area I could drop the exposure on. Worked a treat!

“The East window was originally erected in 1950 to the memory of Helena, Lady Mildmay and replaced the original given by Charles Dyson. The west window was moved in 2006 to the North nave above the organ with a generous bequest from Mrs. Olivia Hoare. An additional inscription was added to commemorate Michael Rollo Hoare, MFH who previously owned the Dower House and was PCC Treasurer and a great benefactor to All Saints’ Church.” - A church near you 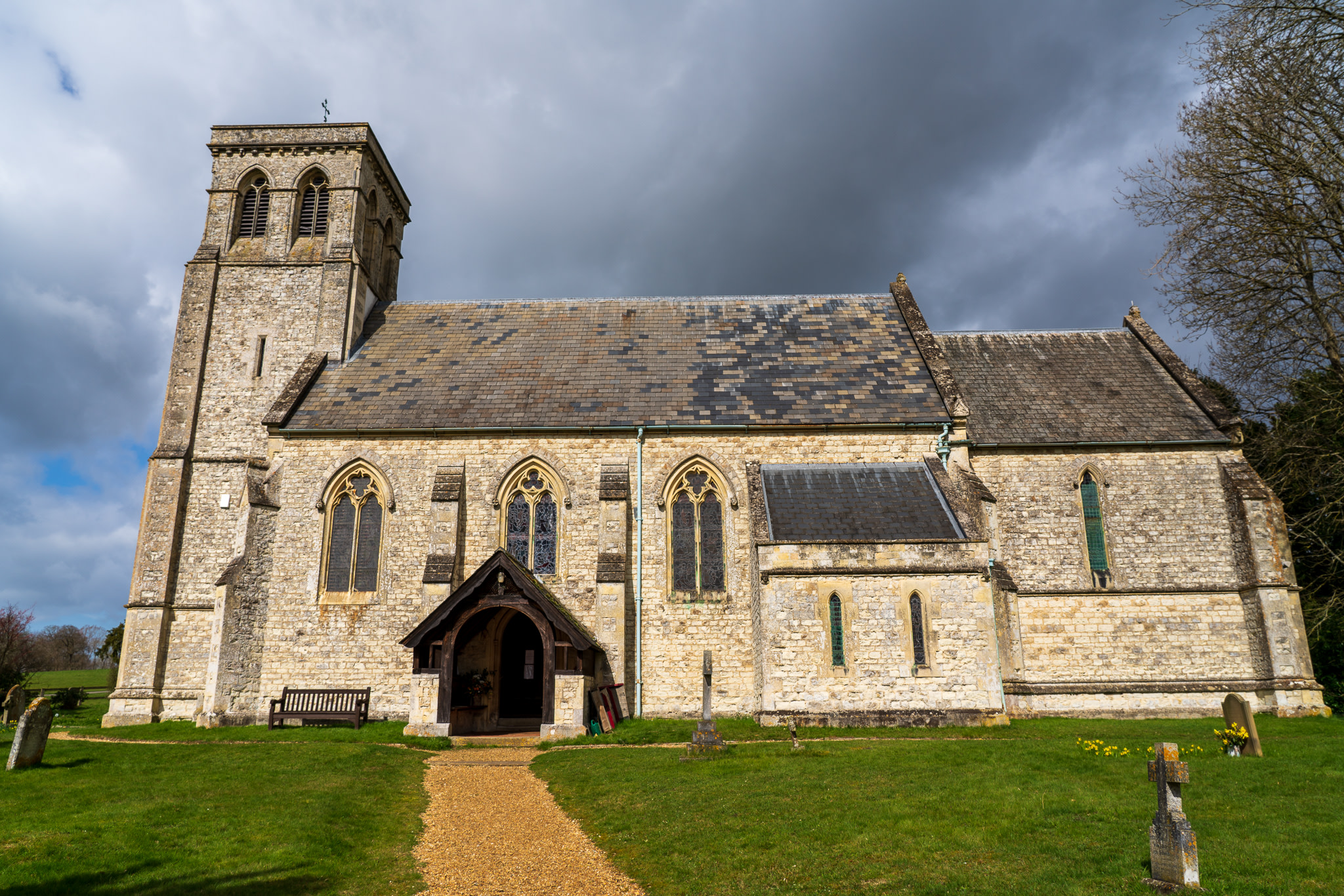 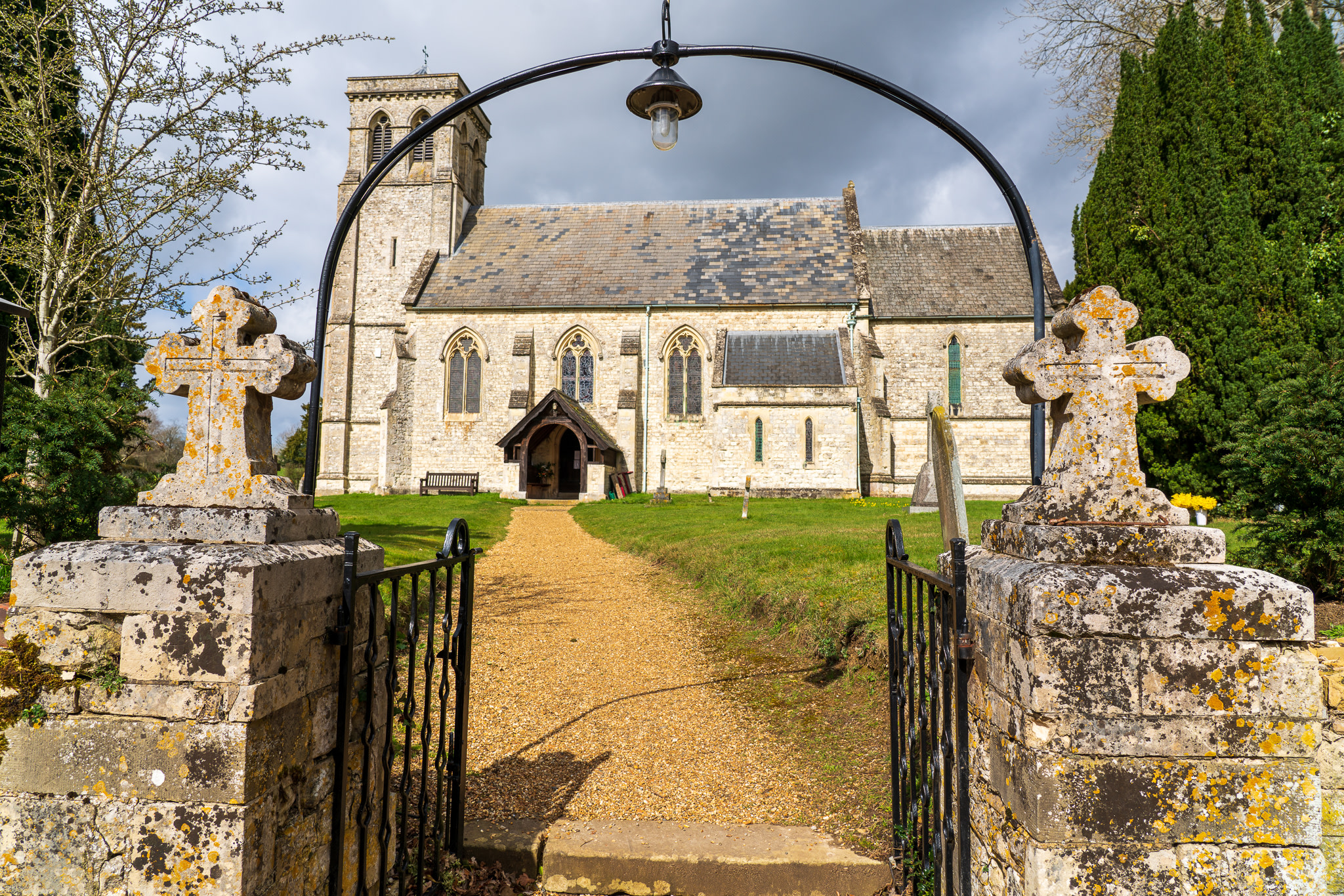 No webmentions yet, be the first and tweet about this article